When I just started developing PHP applications I used Mamp or Xamp to set up a local Lamp stack.

Later this became Vagrant in combination with VirtualBox and eventually Docker.

The main advantage of Docker is portability, performance and it is scalable. This pays off, especially when you work in a team.

When using commerce with Magento 2 it is possible to use the Magento Cloud Docker environment.

The main difference between Docker and a VM is mainly the architecture between the 2. A VM is a computer software that mimics a real computer. For this he uses a hypervision — also called a “guest machine”.

A hypervision can be a piece of software, firmware or hardware that the VM runs on. The hypervison itself runs on a real computer, this is called the “host machine”.

The hypervison has a complete virtualization stack, such as network adapters, storage and CPU with its own operating system to run programs.

A container does not need a complete virtualization stack and its own os to run programs. 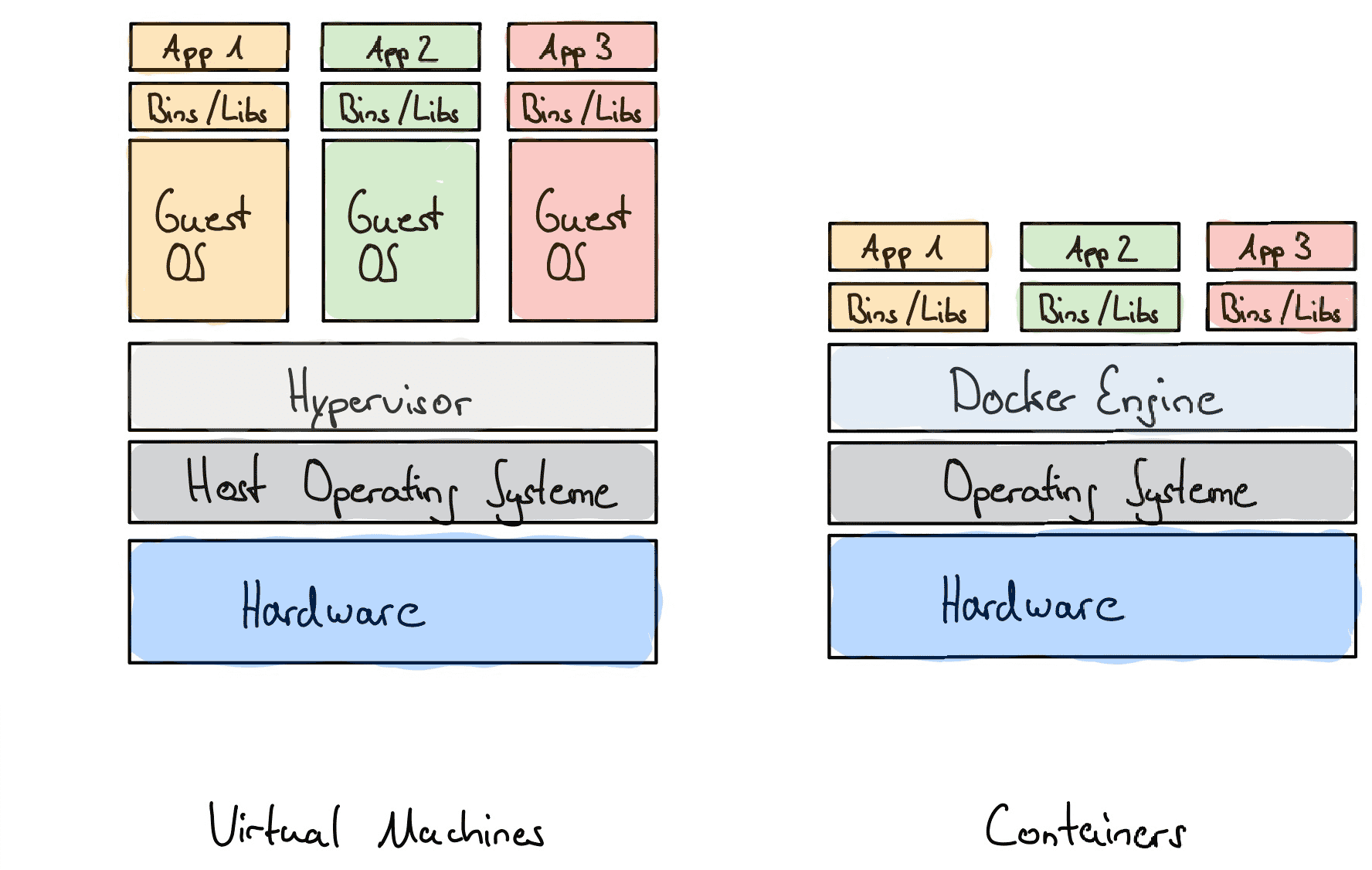 However, if you want to delve deeper into the difference between docker and a VM, I recommend reading “A Beginner-Friendly Introduction to Containers, VMs and Docker”.

For those who have already worked with Docker, you may recognize the time it can take to set up a working Docker environment. Especially if you don’t have a DevOps team or sysadmin to set this up.

Now there are existing Docker environments for Magento 2 that you can find on Github, but my experience and that of my team was not always flawless. Often they were not up to date, they did not work as you would like, or you had to make adjustments yourself. Eventually we ended up with Warden.

Warden is a CLI utility that makes installing a Magento environment effortless even if you have little or no knowledge of Docker. According to the Warden documentation:

Warden is a CLI utility for orchestrating Docker based developer environments, and enables multiple local environments to run simultaneously without port conflicts via the use of a few centrally run services for proxying requests into the correct environment’s containers.

This means that you can effortlessly run different local environments at the same time without conflicting with each other. Warden has the following features:

To install Warden you first need Docker. Furthermore, it only runs on Linux or macOS - as far as I know there is no way to run warden on windows yet. If you are running macOS, I recommend installing Docker Desktop for Mac. For Linux, that’s Docker for Linux. You also need docker compose and Mutagen 0.11.4 or higher.

First make sure you have a package manager like Homebrew for macOS to install Docker Desktop for Mac, then run:

To install Docker for Linux you can use Docker engine.

Now that you have installed warden you can start warden by running:

This includes traefik, portainer, dnsmasq and mailhog. This will give you access to the GUI and can be reached by going to the following urls:

Warden has some useful commands that you can use to work with warden.

Run a command in Warden environment

It only takes a few steps to set up a Warden environment for Magento 2.

Let’s start by create a project

Add a .env file to your project.

This creates an .env file in the root of your project. Want to customize your PHP version for example, you can do it here.

You can create an SSL certificate as follows:

Make sure the name matches “TRAEFIK_DOMAIN” which is in your .env

When you run this for the first time, the following are created:

This also starts the Mutagen sync session that syncs your files to your Docker container.

Files in the webroot are synced into the container using a Mutagen sync session with the exception of pub/media which remains mounted using a delegated mount.

Then run your docker ps to see if everything is running.

Now that the containers have been created and are running, we can proceed with the installation of Magento.

Open an ssh connection to your project

The following steps are the same as discussed above to the point of installing Magento. The first thing you need is a database export of your existing project, then import it as follows:

Or copy your database export to your php-fpm container and use magerun with the drop tables option to import your database:

Magerun is included by default when you install Warden, so you don’t have to manually install it yourself.

When that is done you have to put the urls correctly in the core_config_data table:

Or you can open an interactive mysql session in your current project by:

And then by executing the following sql query:

Now that your installation is ready you can restart Warden.

Go to your application in your browser: https://app.example.test 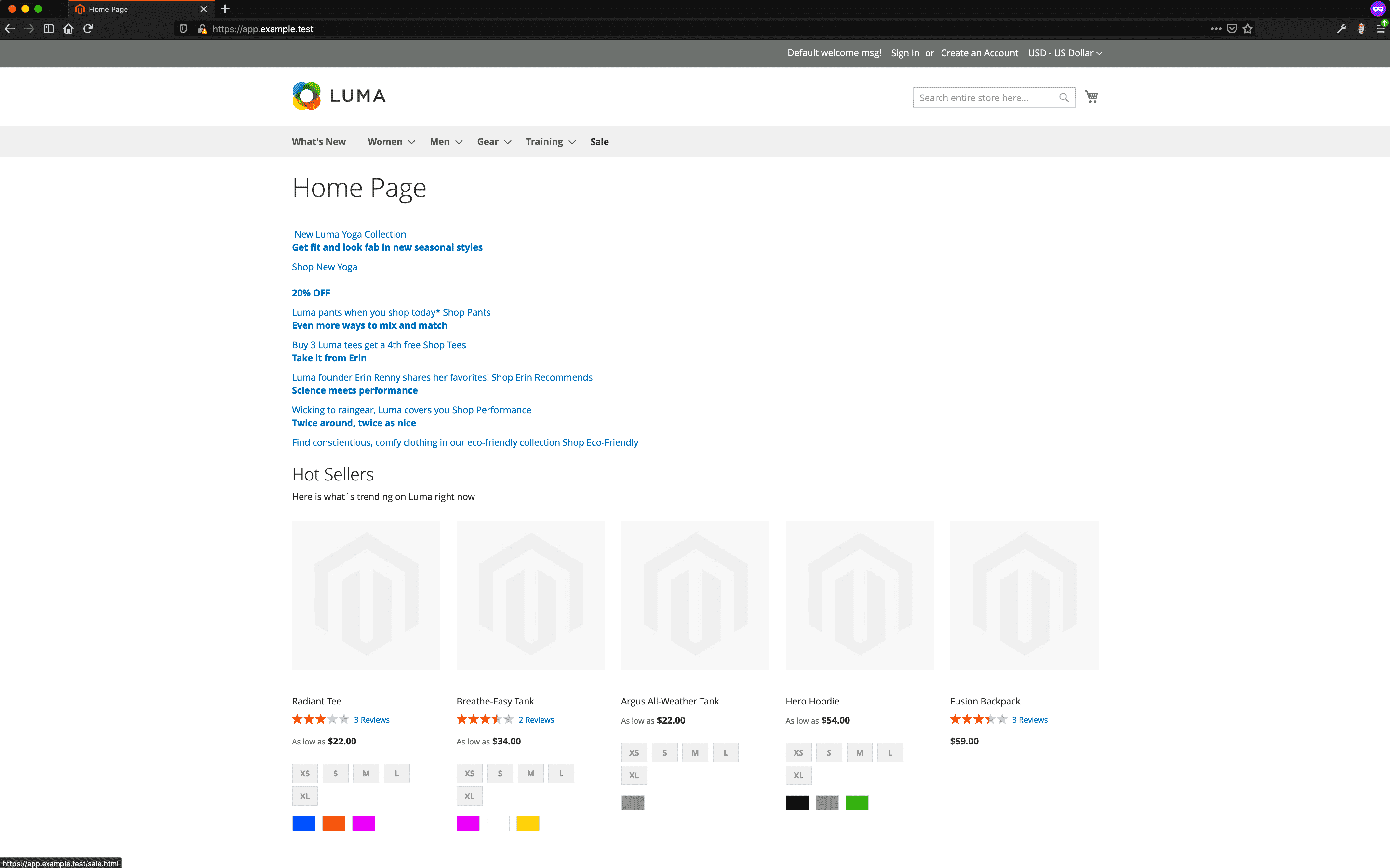 Create an SSH connection to your database

Now that everything is up and running, you can connect to your database as follows. 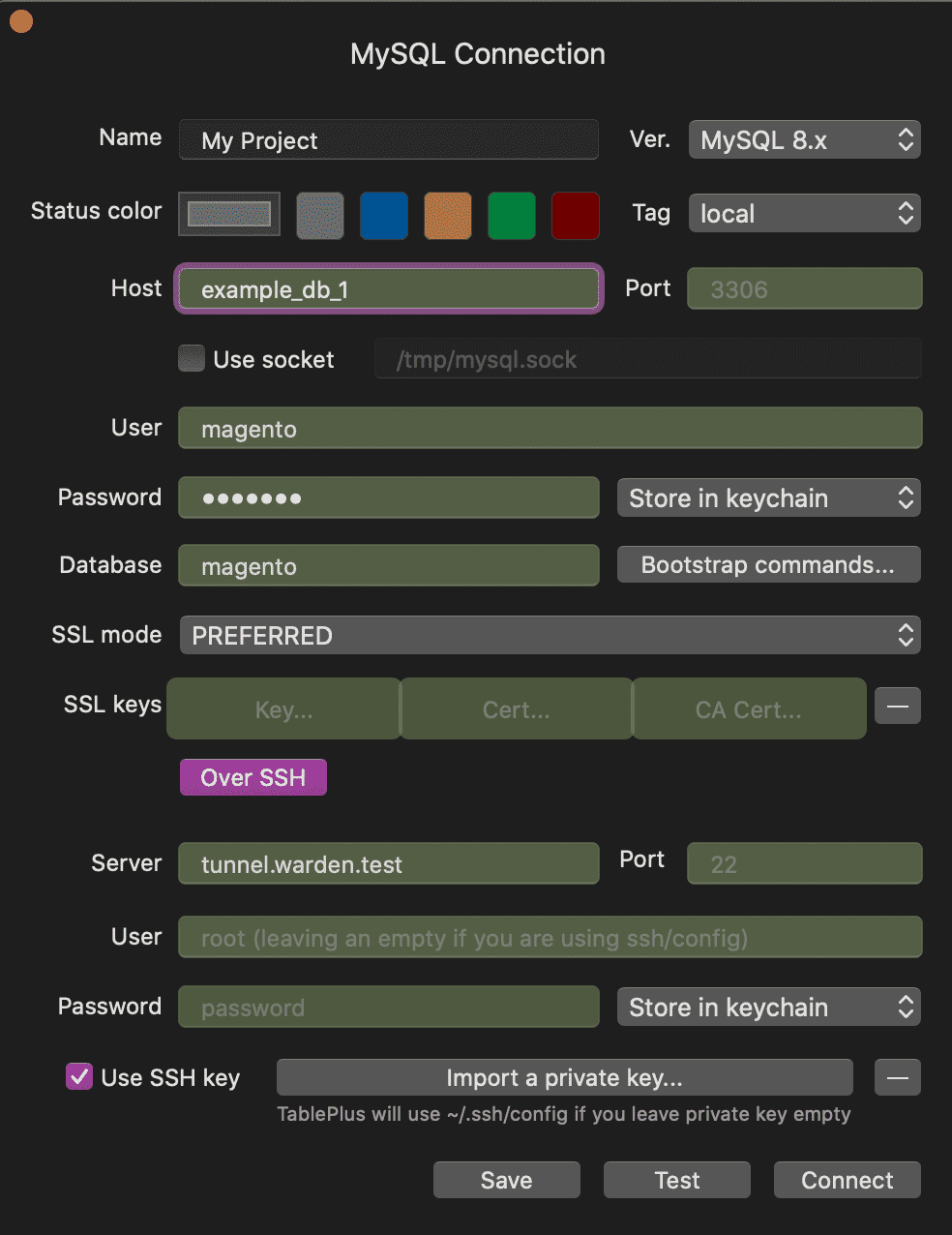 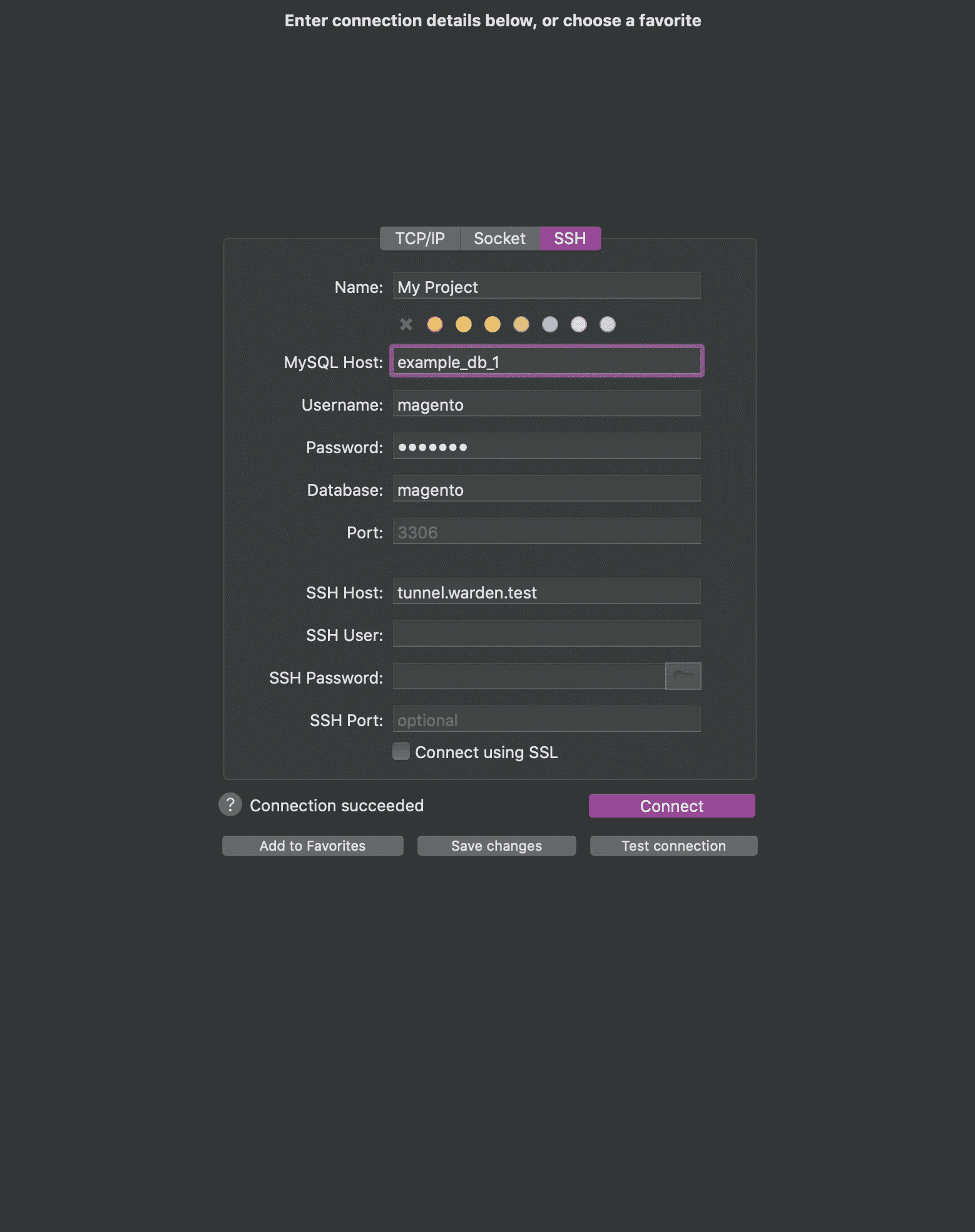 Check if grunt is installed:

Add the following to your app/etc/env.php

Add your Gruntfile and package.json if you don’t already have them.

So far: “how to set up a local Docker environment for Magento with warden”. In the 2nd part I will talk about how to set up multiple store views in Magento 2 and Warden.